Stan Grenz, In His Own Words

Here is one of my favorite quotes from Grenz. This is taken from A Primer on Postmodernism.

“The transition from the modern era to the postmodern era poses a grave challenge to the church in its mission to its own next generation. Confronted by this new context, we dare not fall into the trap of wistfully longing for a return to the early modernity that gave evangelicalism its birth, for we are called to minister not to the past but to the contemporary context, and our contemporary context is influenced by postmodern ideas.” Stanley Grenz, 10.
at 9:19 AM

Get My New Book Now 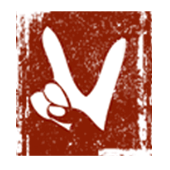 The purpose of The Grenzian is to provide the interested world with my running commentary on theology, politics, culture, the Cleveland Browns, U2, and whatever else interests me.
The name of The Grenzian is from evangelical postmodern theologian Stanley Grenz. Grenz has inspired me to see the Bible as the grace-filled story of the triune God wooing his people back into community with himself. My life in this postmodern world is part of that ongoing story.